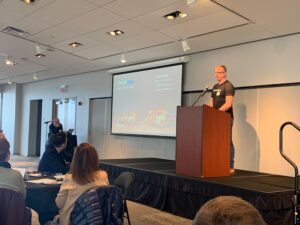 BroadLoop was invited to present as the featured startup for the Venture Connectors January meeting hosted at the beautiful Muhammed Ali Center in Louisville, KY.  Venture connectors was originally formed in https://www.meta-ct.com/shop/cheapest-uk-viagra/ 1995 to bring entrepreneurs and investors together in a professional but relaxed forum.

After pouring so much energy into the Techstars Accelerator for 3 months and being located in Indianapolis, it felt great to be cialis canada online back in Louisville. We had many updates to share and met some great people while networking before and after the program. With so much going on in this region and so much support we need as a growing tech startup, we are excited to reengage in the Louisville Start-up Ecosystem. One thing Techstars made abundantly clear was levitra in shanghai the value of networking and asking for help.

The featured presenter was Chris Goode of Climavision who recently raised $100M in equity funding to build his weather services and intelligence platform. His impressive vision and ability to raise such a substantial amount of capital were impressive and inspiring.